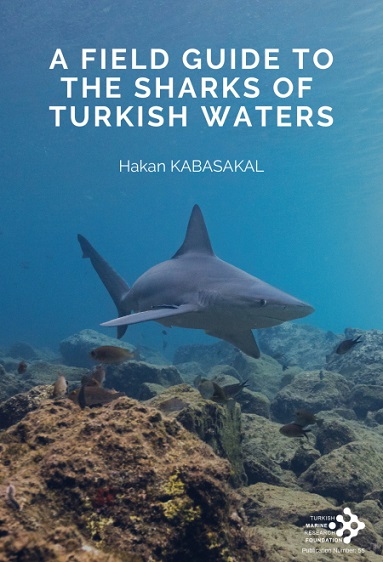 It’s a great honour for me to write a preface for the book of “A Field Guide to the Sharks of Turkish Waters“ written by Mr. Hakan Kabasakal. His passion, curiosity and enthusiasm never cease about sharks of the world, Mediterranean and in Turkish waters since his started to study at Faculty of Fisheries, Istanbul University. I truly congratulate him for such an excellent study.

It is a matter of fact that sharks are under threats of bycatch, pollution, overfishing and so on all over the world, including Turkish waters. That is why Turkish Marine Research Foundation (TUDAV) organized two important workshops in 2005 and 2018 in Istanbul to establish a national action plan for the conservation of cartilaginous fish species. After these successful workshops, a road map for the national action plan was adopted. Later, due to our continuous pressure to Turkish authorities, 12 cartilaginous fish species, including Giant Manta, have become protected species and this was an obvious success for the conservation of sharks and rays in Turkey by TUDAV.

This field guide of sharks in Turkey will certainly help protect these marvellous, mysterious and ancient animals in our seas. Most of the pictures, excellent quality
and very informative, were taken by Mr. Kabasakal. Surely, this book will fill an important gap in both the Black Sea and Mediterranean Basin in terms of shark
research and conservation. Besides, for nature lovers, researchers and decision makers, it is an informative and practical field guide.

Mr. Kabasakal is not only ambitious and a hard worker but also so polite and modest. He has written that I was his mentor in the field of marine biology during
his undergraduate years. This is also an honour for me after so many years passed. He has been dedicating his life to sharks, which not so many people do in Turkey
or around us…

As a president of Turkish Marine Research Foundation, I would like to emphasize that our support will continue for Mr. Kabasakal who we believe is a guardian and an ambassador for the sharks in the Black Sea and Mediterranean Basin.